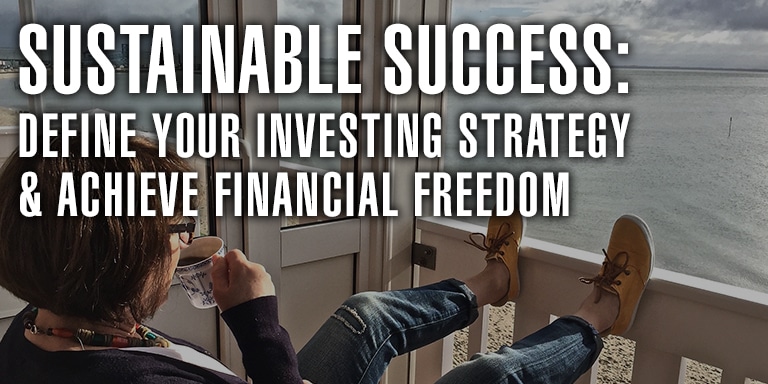 One of the best parts of being in this industry is hearing the success stories of people who made the transition from their former, traditional jobs to full-time real estate investing (REI). No two stories are alike, but they are all inspiring for those who are watching and waiting to make the leap to entrepreneurship themselves.

But success didn’t come easy (or immediately) for Gino and Jake. As they continued to educate themselves and refine their investing strategies over the years, they eventually found a stable, systematic business model that allowed them to truly thrive.

With a wife and six kids to support, Gino had a successful, 20+ year career as an Italian restaurant owner in Mahopac, New York. The only downside? The work was hard, the hours were long, and financial freedom was a far-off dream.

Over the years, Gino had developed an interest in REI, and he decided to go out on a limb and invest in a couple of properties while still running his restaurant. After investing in a few deals that turned out to be total flops, Gino pumped the breaks and decided he needed to educate himself more before continuing to invest in real estate.

Around 2009, he met Jake, a pharmaceutical drug sales rep who was moving to Knoxville, Tennessee. The two men hit it off and discovered their shared passion for multi-family REI.

When Jake arrived in Tennessee in 2011, the real estate market was still struggling to recover from the 2008 crash. Property deals were hard to come by, and the economy was still stagnated. But Gino and Jake were determined to make their entrepreneurial dreams come true.

They started by investing in a 25-unit property in the Knoxville area, and then bought a 36-unit property three months later. Six months after that, they had acquired 136 units – all with their own money. In fact, their first 1,000 units were all purchased with their own capital. Along the way, they refinanced many of their properties, using the money to invest directly back into their business.

From there, Gino and Jake’s business took off. They successfully managed many properties, started several podcasts, wrote a book (Wheelbarrow Profits: How To Create Passive Income, Build Wealth, And Take Control Of Your Destiny Through Multifamily Real Estate Investing), and founded “Jake & Gino,” their real estate education and mentorship business.

Jake also had the idea to start Rand Partners, a vertically integrated apartment investment and management company, and Rand Capital, a Business Development Company (BDC) that specializes in equity investments for early or expansion stage companies.

Successfully managing several congruent businesses takes a lot of effort, Jake and Gino admit. But it’s much simpler when you go into business with someone who thinks like you do. In their case, the guys share what they call a “blue collar work ethic,” and they’re willing to wear many hats when it comes to making sure their businesses are thriving. Gino focuses mainly on the back-end of the coaching/education business, and Jake thrives by fulfilling the property management role.

The guys also have a team of intelligent, capable people who help manage their syndication and capital companies as well. They use what they jokingly call “the Gino sniff test” when hiring team members, which basically means that if Gino has a bad feeling about someone’s work ethic, he won’t bring them onboard. After many years of managing employees at his restaurant, Gino has learned to trust his instincts when it comes to building a reliable team.

When it came to their investing strategies, Gino and Jake typically implemented their “refi and roll” method, meaning they refinanced their properties, invested that money back into their businesses, and held their properties for the long-term cashflow and generational wealth. But they also diversified their pursuits by getting into the syndication business, which has really taken off for them in recent months.

The 3-4 hour radius around Knoxville has become Gino and Jake’s market of choice, mainly because of the population growth, economic and job growth, and housing affordability.

All along their journey, producing immediate cashflow was a priority for Gino and Jake, especially because they wanted to free themselves from their traditional jobs. As they mentioned to me, they see a lot of syndicators out there who are trying to buy stabilized deals, but those people experience a very small cashflow. Gino and Jake, on the other hand, always look for a strong cashflow on Day 1 (at least 8%) and they force appreciation through operational efficiency. This has always been their tactic of choice.

They also have a very hands-on business approach in that they believe in having strong control over each of their ventures. Every week, they have a touchpoint meeting with each of their managers and take a deep dive into the business – reviewing budgets and getting into the nitty-gritty details.

The guys were also conservative when it came to expanding their businesses, preferring to take things slow and focus on the quality of the properties rather than the quantity. As Gino explained to me, their leap from 650 units to 1,000 units was a significant one; at the time of that transition, they hired a regional manager and invested in a property management software. They had some growing pains, but their systematic approach allowed them to succeed. Their next anticipated transition will be from 1,500 to 3,000 units, and they plan to be equally careful when undergoing that expansion.

LESSONS LEARNED ALONG THE WAY

One of the key factors that Gino and Jake say contributed to their successful businesses was their determined mindset. As Jake said, “Many people look at multi-family investing as a pie in the sky. They look at investing in real estate as something they want to do, but they’ll quit very early on. It took Gino and me two years to get our first deal. And I still think to this day, the best thing that either of us did was that we stayed pesky, we stayed hungry, and we stayed engaged. So hang in there, continue to educate yourself, and take action day in and day out.”

Gino and Jake also recommend that any new real estate investor should focus on educating themselves before investing in properties; once they’re ready to start, they should focus on one market only – to avoid overextending themselves. Plus, they stress the importance of having a clearly-defined exit strategy for each and every property.

But most important of all, Gino and Jake say that committing to your goal is the #1 way to succeed. Even if you make mistakes along the way, if you really desire something enough and refuse to give up, you’ll get there… because you have a strong enough “why.”

So, get yourself educated, plant your flag, take massive action, and the results will come over time.

WHAT ARE YOU THINKING?

Every business—no matter how small or how large—can benefit from professionally-created videos and digital marketing tools. Have you had success with videos? Or are you looking to learn more about the process? Let us know below.